THE NEW LAWS OF KARMA 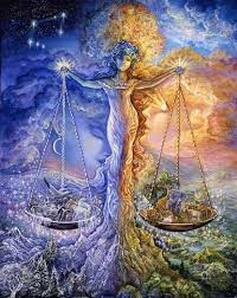 The New Laws of Karma

Karma.  What is it?  Does it really exist?  Karma is the destiny that you create due to your actions and behaviors towards others.  When you do kind and helpful things for others, you earn good karma.  This will result in good things happening to you in the future.  Wrongful actions towards others is bad karma.  The sum total of your actions determines how your next incarnation will be.  This is why some people are born into a lifetime with gifted talents while others are challenged with life’s difficulties and the negative people around them.

Some people view karma as a punishment.  To some extent it can be, but truly it is your karmic debt due to the past mistakes you’ve made over all combined lifetimes.  In order to transcend the karmic cycles of death and rebirth, you must balance your karma and fulfill your divine plan.
Good karma will erase your karmic debt.  When done on a global level, like sending prayers to heal the earth, rather than just on your personal level, your karma can be rapidly erased and transmuted.  This transforms your soul to merge with the consciousness of your higher self to spiritually awaken you bringing new gifts and talents from other lifetimes.

In a higher reality there is a group of eight ascended masters called The Lords of Karma who are assigned the responsibility to dispense justice for all souls. Through their Karmic Board, they determine who shall embody as well as when and where. They also determine when the soul has earned the right to be free from the wheel of karma and the round of rebirth.  This is done by viewing your Akashic records which contains every thought and action of all your lifetimes.

New karmic laws are in effect now that earth has ascended.  This is to help all to accelerate their spiritual evolution and to help raise the overall consciousness of humanity upon earth.  Understand that due to earth’s ascension, she permanently vibrates much faster.  This means the speed of the karmic return is instant.  She no longer holds her vibration in the third dimensional physical realm, but in the fourth dimension where the dream state is held.  Later, when mankind is more evolved, she will vibrate in the heavenly fifth dimension, thus the saying of heaven on earth.  A beautiful earth realm it shall be.

The new Laws of Karma now in effect since 2015 are set to stop any and all wrongdoing and harm done to anyone based upon one’s own thought of negativity towards others.  Therefore, careful consideration should take place in one’s mind so that one is not subject to immediate repercussions of the new laws.  Otherwise their own harmful thoughts will take hold of their own body and mind and deteriorate their own life, health and well-being.

Iah Ka is a shaman, a multidimensional being, who works in unison with the Karmic Board.  Learn about the new karmic laws by attending the Sacred Fire www.SacredFireShaman.com Lords of Karma classes which begins March 18, 2016.  These are monthly two-hour classes with shamanic journeys to etheric temples of each Karmic Board member.  Shamanic healing sessions are also available at www.BalancedEnergies.com, 951-699-9010.