Symptoms of Needing a Spiritual Cleansing 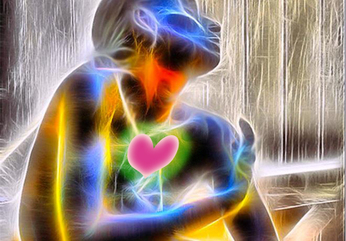 Haunted People
People become haunted for many reasons.  Oftentimes people who were confused at the time of their death become lost between the physical and spiritual world, so their spirit wanders the earth plane.   The spirits that are trapped here are also called discarnate spirits or ghosts.   When a spirit or ghost is around you at other locations or everywhere you go, then you have a spirit attachment.  Attached spirits can cause many negative emotions including confusion, depression, feeling lost, fear and anxiety.  The spirit attached to you can bring its fearful and negative thoughts it has and then overlap it with your  own consciousness making it feel like it’s your own thoughts.  An ideal way to know this is when the thoughts and emotions that you are experiencing seems out of character for you, like they are not your own.  To have the spirit removed, a shaman must perform a shamanic healing session on the person to then do what’s called a soul extraction.

Psychic Attack
A psychic attack can be the cause of a spirit attachment.  To have the spirit removed, a shaman must perform a soul extraction to remove the disturbance.  Psychic attacks occur when a person gets angry or jealous and thinks harmful attacking thoughts about someone.  Most people have no idea harmful thoughts actually create negative thought-forms which can literally attack someone.
Negative thought-forms are the hateful and hurtful thoughts from people’s minds.  They end up becoming a life force on its own, a dark mass of energy, and can float and fly in the air.  These dark energy masses of thought-forms are also called dark entities.  When someone directs these harmful thought-forms towards you, this is called a psychic attack.
Psychic attacks can cause a variety of severe health conditions that come on suddenly, like headaches, nausea, vomiting, diarrhea, hot flashes, sudden sharp pains, numbness, stroke, viruses, as well as cause nightmares or night terrors.  The ill person then becomes haunted by the entity and attacked by the negative thought-forms attached to it.   To remove dark entities from a psychic attack, a shaman must perform a spiritual cleansing.